With conference season already upon us I was invited to attend the latest Future Insight conference in London, Future of Web Apps (FOWA), where experts from the field of web come together to learn about and discuss the emerging tools and platforms that are shaping the future of our industry.

The focus this year at FOWA was on APIs and Toolkits, with two track stages dedicated to each theme. The day kicked off with an insightful keynote titled “WEB+: CAN THE WEB WIN THE WAR AGAINST NATIVE WITHOUT LOSING ITS SOUL?” by BRUCE LAWSON, Web Standards for Opera evangelist. Bruce’s talk was quite significant as the web industry is currently dominated by Javascript frameworks which require powerful mobile devices to allow them to run properly. He argued that it doesn’t matter how smart your device is if your network is poor and that some people still have older phones. The key takeaway from the talk was that we still need progressive enhancement if we want to even consider reaching the growing economies of Asia and Africa. 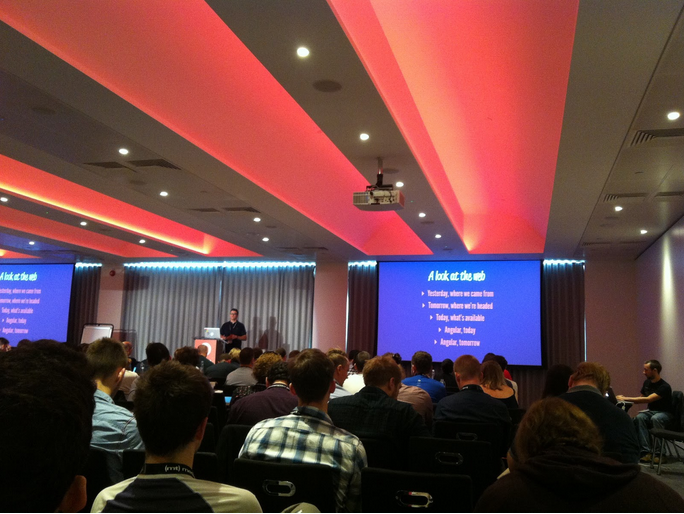 Todd Motto gave us an introduction with Angular JS, bridging between Today and Tomorrow’s Web covering the limits of what’s possible in current and emerging technologies, exploring upcoming and recently landed APIs with regular new releases. We also got a chance to see some ECMAScript 6 code snippets.

One session that really captured the audience’s imagination was the rising star talk DDD: DISNEY-DRIVEN DEVELOPMENT by Melinda Seckington where she made the comparison of app development and Disney’s use of their Four Keys (Safety, Courtesy, Efficiency, Show) to design their parks.

The pull out quote of the day has to be the one from her slide deck:

Seeing how Disney designed in the physical world to enhance the experience for their visitors from the use of smell, to perspective and illusions really makes us think how we can apply similar techniques in development of our applications, creating those delightful moments in order to excite our users.

Future Insights REALLY outdid themselves this year; with great food, a stack of free T-shirts and a chance to mingle with like minded developers and designers in a relaxed venue, this year’s FOWA turned out to be a real treat.