Brand New: The History of Branding

Recently I gave a talk for CHP Consulting with a colleague, Martyn Davis, on: “Brand New – The psychology of branding and logo design”. This article was written to complement that talk and shall look a little deeper into the history of branding and further explain how and why we use branding the way we do.

As an aside, if you are interested in this subject even remotely, I can not recommendWalt Kuenstler’s classic it highly enough.

The term branding comes from the Old Norse “Brandr”, which means to burn. Cattle, enslaved people, timber and pottery, were burnt or branded with the markings or symbols of the owner using a hot iron rod. The concept of branding was essentially to depict ownership, particularly things that had value, this practice dating back to 2000BC. In early 1800, there was a transition cultural shift. Branding changed conceptually from a notion of “This belongs to me, so leave it…” to “I made this, so buy it”.

With the discovery of the new world, we saw the rise of Pitchmen, who were a mixture of salespeople and a precursor to MadMen advertisers. Pitchmen, favoured by the English royal family, were granted patents to make and sell their medicines to and in America. 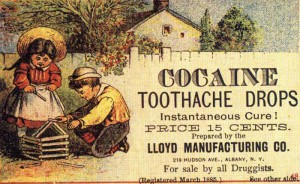 There was a lot of money in medicine and a lot of ridiculousness and sometimes incredibly dangerous claims in how they were marketed. For example, one of these miracle cures was pitched as a cure for exhaustion and headache relief. Its main ingredient was cocaine. It worked on the headache, and as for exhaustion, I’m sure you can figure that part out.

Interestingly, this medicine is still sold today, albeit without its main ingredient, though it is still named after it. Coca-Cola seemed to be the magic cure for a lot of things in ye-olden-days. Another medicine that made its way to market contained pepsin as its main ingredient and was sold as a cure for stomach relief. Years later, it would go on to become Coca-Cola’s main competitor.

It’s pretty funny that Coca-Cola and Pepsi now pitch themselves as fun-loving family products despite their origins. But that’s the power of branding. 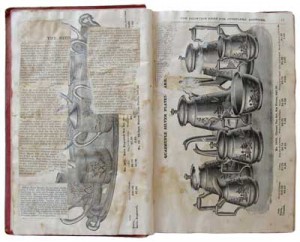 Towards the end of the 19th Century, we see a massive shift in attitudes to products and purchasing things. This push was led by a collection of new technologies and methods of communication. Such as the invention of mail-order catalogues, railroads' advancement, and the expansion of the postal service. These things combined to allow people access to items not within their reach for the first time in history. Mail-order catalogues, also known as wish books, gave aspiring people the ability to shape their homes and environment. Technology empowered the population to buy status. By the 1920s, especially in the west, society evolved from a culture of a need to a culture of desire.

The end of the Second World War saw a manufacturing boom as many factories which Governments set up to produce military equipment could now be used to make products. With the facility for mass production now in place coupled with access to markets years earlier, production for brands could directly reach and produce for almost anyone.

There was a lot of competition for the populace’s attention, so brands needed the means to distinguish themselves from their competitors, which led them to develop the concept of the unique selling position (USP). Like the pitchmen 100 years earlier, some of these USPs were simply ridiculous and others conceptually impressive, ranging from Lucky Strikes “Reach for a Lucky instead of a sweet” to help weight loss to IBM’s THINK campaign.

IBM’s USP was also its internal company mantra. IBM would use this single word on most marketing and advertising material. The idea behind their USP was that it stood for everything the company was about, the way it worked and what it produced. This one word could summarize its products. This selling point became so powerful that other companies wanting to associate themselves with technology would soon incorporate THINK into their selling points. VW started THINKing small while Apple was trying to THINK different.

The goal of any brand is to reach the zeitgeist of the age. Once it enters that spirit and establishes itself as unique, it transcends from being just a brand to something much more. One clue to see if a brand has achieved this is parodies and association. The fact that Apple was and still is essentially advertising IBM in their own USP to tell the world they are a tech company but not like IBM is quite ironic.

IBM’s slogans and USP changed over time from THINK to I THINK THEIR FOR IBM, one of the most powerful statements any brand could make.

The use of characters has always existed in design and branding. Still, by the 50s, we started to see the benefit of characters moving from merely decorative illustrations on the packet to becoming the face of a brand with their own story and mythology.

Clarence Hailey Long was just an ordinary cowboy from the west who had an article written about him in Life magazine. The CEO at Philip Morris Cigarette Company was having a terrible time trying to sell his brand of cigarettes aimed at women. In a moment, he pictured Clarence as his brand’s face, repackaging the cigarettes, aiming them this time at men and thus, the Malboro Man was born.

The story’s success and character were so great that Philip Morris saw its cigarette sales jump by 300%. Young aspiring city men wishing to associate themselves with the ultimate alpha male could buy into this fantasy. Poor old Clarence went from a quiet, shy cowboy to a celebrity worldwide. Sadly and somewhat ironically, he died of cancer.

Still, his memory lives on in the form of the most successful cigarette brand of all time. Marlboro country has never had it so good.

Semiotics and wordplay become more apparent and incorporated in the branding, advertising and even in the naming of products. Traditionally most company names were derived from the founder’s surname or place of origin. By the ’60s, we see a change in the product’s naming. Sometimes it would develop into the mission statement or, in other cases deceiving the public completely by playing on their stereotypes.

If you wanted premium dairy products in America, you would buy anything Danish as the public perceived that the Danes produced the best dairy. Playing on this and using the public’s perception of Danish letters and words, two men set out to create Häagen-Dazs, the name implying that its heritage was from Denmark. The reality was two Poles from Brooklyn made it, and the product’s name was a made-up word.

Häagen-Dazs managed to work on the American people’s perception simply by naming and designing their brand in a certain way. But they are not the only ones. Most foreign food companies do this, and in some cases, if we were to get pedantic clothes companies. Levis Jeans aren’t made in Texas. They are made in China. Even the material used to make them comes from Asian countries. But when we think of Levis Jeans, the connotation is either the Wild West or American 1960s rebellious teens. They are the garments of rebellion and independence, or at least that’s what we fantasize about while we are on our way to work. 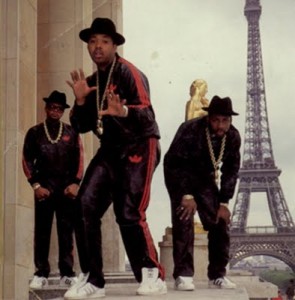 By the Mid 1960’s we enter the MadMen Era where we see major brands becoming something more than just a product, from Harley Davison to Adidas to Mercedes, be they a believer in counter culture or harbour an idealistic status symbol, selling the myth of the culture with a brand had become fundamental.

This does seem quite counterproductive in some cases, though, as to why would any brand associate themselves with a counter-culture movement that seeks to undermine large corporations. This is because brands like to tap into youth culture and become the visual face of that movement. Once the brand is established as the face of the campaign, aspiring fantasists start to gravitate to their brand. This is what Adidas successfully did during the early days of hip-hop by targeting the major players and paying them to wear Adidas’s sportswear.

This parody of life imitating art came to an abrupt end when a new counter-culture movement was born out of the recession of the 1980s. The celebration of luxury and decadence created an atmosphere of distrust.

Society started to question the truth of brands; they questioned the language used in incredibly misleading advertising. McDonalds, a massive family brand was now was seen as unhealthy damaging fast food restaurant. This forced them to do a complete redesign using tones of green and yellow in their advertising as a means to position them as part of a healthy lifestyle. 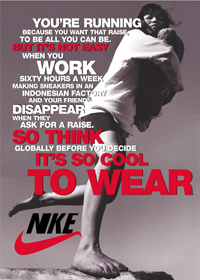 Nikes business practises in sweat shops also were being questioned as was Calvin Klein’s treatment of models used in there adverting. It seemed no brand was safe, each being pulled down one by one.

Though this was short lived however as the parody of life imitating art couldn’t contain itself no longer when the Anti-branding counter culture movement itself became a brand with books like No-Logo becoming a best seller, anti-establishment comedians who were the main voice of the anti-brand movement stated becoming mainstream and even appearing in ad’s and finally films like cult classic Repo man marketing itself as a film that contained no advertising or branding.

Most brands have settled or rebranded. Logos are abundant, companies with products are plentiful, and the brand remains a strong, simple repetitive message. However, our attention spans are now incredibly short as we have become increasingly impatient due to living in the age of information and interwebz.

Brands live and die by the will of the consumer in an instant. The internet, seen as a techy fad in its early days, is now accessible from almost everywhere. The most prominent advertising company in the world happens to be the world’s number one search engine. Where the tech fad pirates of silicon valley could get away with their anti-brand look, today, they have been forced to update their designs to look modern and clean. The shift is partly due to Apple’s design successes as the largest Tech company. Also, Google and eBay’s brand image had become a running joke in silicon valley. Apple’s design influence is powerful. Many logos and brands seem to imitate the glossy iOS look without understanding the meaning behind these stylistic choices.

The godfather of cartooning, H.M. Bateman, once expressed his views on modern art in 1919 when he said, “I’m not an admirer of people who draw like Picasso. I feel his influence has been a bad one, demoralising. It’s reducing the world to a farmyard.”

Replace the words draw with design, Picasso with Apple and farmyard with app-store, and you get a picture of Branding in the modern world, especially where technology brands are concerned. Nobody seems to be THINKing different.

I wanted to thank the lovely authors who have cited this article, including; Ciara Torres-Spelliscy, Anna Dahlström, Grant Leboff, Kevin Keohane & Thomas Gad.